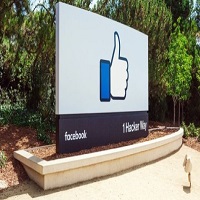 The researcher whose quiz app sparked a data scandal at Facebook said the social network’s stance blaming him is just “PR spin.”

During an interview Monday morning with NBC’s Today show, Alexander Kogan said the data he collected through the app was no different than what other researchers have done working with Facebook.

“If I knew the project was going to make them upset I would never do it,” said Kogan. “A lot of other developers collected way more data and cared a lot less about their relationship with Facebook.”

Kogan has been blamed by Facebook for inappropriately sharing user data with Cambridge Analytica, a political consulting firm, which then used it to launch targeted advertising during the 2016 presidential election.

Cambridge Analytica has denied any wrongdoing.

Kogan said when Facebook approached him to delete the data, he did so immediately and did not retain any copies. He also said he believes he didn’t do anything wrong with the data at the time.

“Tens of thousands of companies have collected this data,” Kogan said. “The reality is probably every user, or nearly every user, has been collected many, many times by many companies, and Facebook has no accounting for where that data is today.”

The scandal has fueled questions on whether Facebook can properly secure user data from potential misuse.