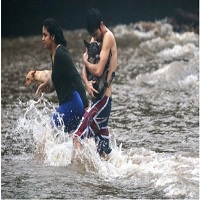 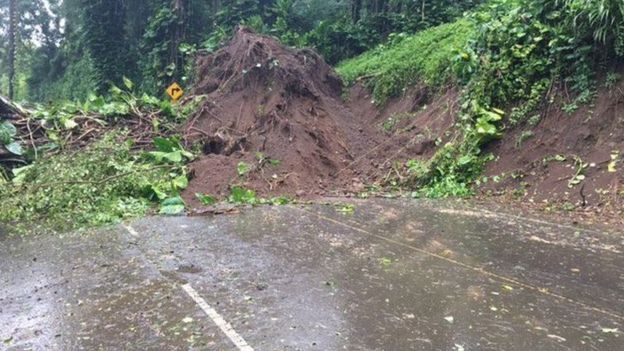 Hurricane Lane has been downgraded to a tropical storm as it churns towards Hawaii, but is still causing flash flooding and landslides.

Schools and offices were closed as residents took shelter from the storm, which pummelled the US state with strong winds and torrential rain.

But Hawaii looks was spared its first direct hit by a major storm in 25 years.

President Donald Trump earlier declared a state of emergency for the state.

The White House said federal authorities were on standby to provide support and supplies to local and state emergency response efforts.

By 17:00 local time (03:00 GMT Saturday), the sustained wind speed had dropped to 70 mph, although “more flooding and damaging winds” were expected on parts of the islands.

Federal Emergency Management Agency (Fema) chief Brock Long took to Twitter to warn those in Hawaii to “heed the warnings of local officials and stay aware of your surroundings” until the danger had passed.

Lane was also forecast to cause dangerous surf heights of up to 25ft (7.6m) in Maui and Oahu.