A Brooks Kopeka tee shot at the Ryder Cup on Friday left one spectator hospitalized after sustaining a serious eye injury when the drive veered into the gallery on the par-four six hole. 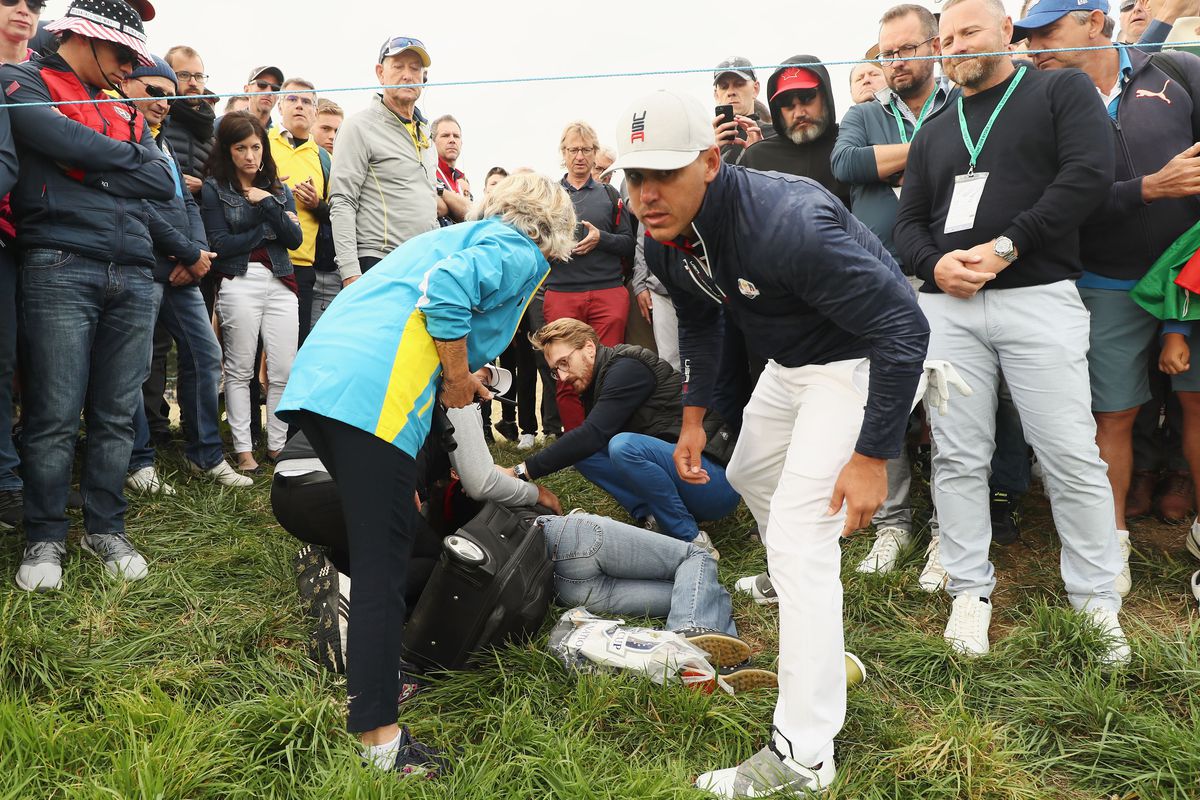 Corine Remande, who is 49 years old, traveled to France for the event and told the AFP that doctors have told her she has permanently lost sight in the eye due to the injury.

“I didn’t feel like the ball had struck my eye and then I felt the blood start to pour. The scan on Friday confirmed a fracture of the right eye-socket and an explosion of the eyeball.”

The woman is seeking damages to cover her medical fees as a result of the injury, with Ryder Cup officials giving a statement to BBC Sport.

“We have been in communication with the family involved, starting with the immediate on-course treatment and thereafter to provide support, helping with the logistics of repatriation, including providing a transfer for the family from Paris to Lyon. We will continue to offer support for as long as necessary.”

Remande has been critical of Ryder Cup organizers, saying they didn’t make contact with her after the incident and there was no warning the ball was headed for the gallery. Officials countered that claim saying there are numerous reports that “fore” was yelled, but acknowledged that it can be difficult for fans.

“We can confirm that ‘fore’ was shouted several times but also appreciate how hard it can be to know when and where every ball is struck if you are in the crowd.”

Remande praised Brooks Kopeka and said the U.S. golfer checked on her immediately, but she intentionally downplayed the severity of the injury in front of Kopeka so as not to break his concentration.