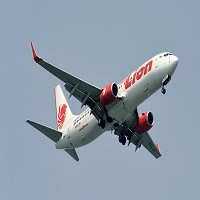 Lion Air Flight JT 610 was traveling from Jakarta to Pangkal Pinang when the Boeing 737 Max 8 crashed into the sea at about 6:30 a.m. local time. Everyone on board is feared dead.

The Reuters news agency said: “Yusuf Latief, spokesman of national search and rescue agency, said there were likely no survivors.”

Wreckage has been recovered from the crash site in the Java Sea, not far from where the plane took off from Soekarno-Hatta International Airport in Jakarta, the Indonesian capital.

Indonesian transportation and safety officials are searching for voice and data recorders and other clues to determine the cause in the crash of Lion Air’s brand-new Boeing 737 MAX 8 jet, the first accident of its kind for the variant of the top-selling plane.

The plane crashed into the Java Sea 13 minutes after taking off from Jakarta, Lion Air said.

There were 189 people on board the flight to Pangkal Pinang, according to Indonesia’s Transportation Ministry. Divers of the search-and-rescue agency were looking for passengers and the plane. Lion Air had the plane in service for just over two months.

Government safety officials will search for cockpit voice and flight data recorders to help determine the cause of the crash. The pilot of Flight 610 asked to return to the airport after the plane took off,” Soerjanto Tjahjono, head of Indonesia’s transport safety committee, told reporters, according to Reuters.

The reason Lion Air Flight 610 went down is still unknown. Lion Air said in a statement that it had been using the new plane since Aug. 15. Data from flight-tracking site FlightRadar24, showed the plane had reached an altitude 5,000 feet of altitude, but showed a steep dive within 10 minutes of takeoff.

Boeing, which made the 737 MAX 8 jet, said wreckage of the twin-engine, narrow-body plane has been detected and that it “stands ready to provide technical assistance to the accident investigation.” The company directed all other questions to the Indonesian transportation safety committee.