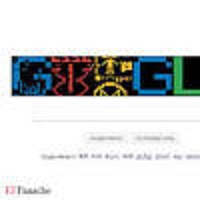 The Arecibo Message, sent from the Arecibo Observatory in Puerto Rico in 1974, is a three-minute message of exactly 1,679 binary digits – which, if arranged in a specific way, can explain basic information about humanity and earth to extraterrestrial beings.

Scientists sent the message via frequency modulated radio waves to a cluster of stars 25,000 light years away to demonstrate the power of the Arecibo radio telescope, which was the largest and most powerful in the world at the time.

“It was a strictly symbolic event, to show that we could do it,” Cornell University professor of astronomy Donald Campbell recalled of the momentous event.

The event moved some present to tears as researchers contemplated their own existence and knowledge of planets and solar systems.

The hope is that, in many thousands of years, it may reach another living being.

The actual message was devised by a team of researchers from Cornell University led by astronomer and astrophysicist Dr Frank Drake.

On this day in 1974, the most powerful broadcast ever deliberately beamed into space was made from Puerto Rico.

Google is commemorating the occasion with one of its classic doodles.

So what’s all the fuss about the Arecibo message? Here’s everything you need to know:

What is the Arecibo message?

The Arecibo message is a three-minute transmission of exactly 1,679 binary digits carrying basic information about humanity in the hopes that it might reach extra-terrestrial beings.

It was first broadcast into space on November 15 1974, aimed at the globular star cluster M13.

This cluster is located near the edge of the Milky War –  approximately 21,000 light years away from us – and contains approximately a third of a million stars.

Since the message was sent all those years ago, it’s travelled just 259 trillion miles – a small feat considering its journey will take around 25,000 years to complete.

Who created the Arecibo message?

The Arecibo message was the brainchild of Dr Frank Drake, Carl Sagan and other prominent scientists and mathematicians.

What does the message say?

It doesn’t technically say anything but is meant to depict human life through a series of graphics.

The message includes graphics of the Arecibo telescope, our solar system, our DNA, a stick figure of a human and some of the biochemicals of earthly life.

According to the Search for Extraterrestrial Intelligence Institute (SETI), a scientific organisation that researches extraterrestrial life, says it’s unlikely we’ll ever get a reply.

However, it said, “the experiment was useful in getting us to think about the difficulties of communicating across space, time and a presumably large culture gap.”

Forty-four years ago today, a group of scientists gathered at the Arecibo Observatory amidst the tropical forests of Puerto Rico to attempt humankind’s first communication with intelligent life beyond our own planet.

The three-minute radio message, a series of exactly 1,679 binary digits (a multiple of two prime numbers) which could be arranged in a grid 73 rows by 23 columns—was aimed at a cluster of stars 25,000 light years away from earth.

Scientists sent the message via frequency modulated radio waves to a cluster of stars 25,000 light years away to demonstrate the power of the Arecibo radio telescope, which was the largest and most powerful in the world at the time.

This historic transmission was intended to demonstrate the capabilities of Arecibo’s recently upgraded radio telescope, whose 1000-foot-diameter dish made it the largest and most powerful in the world at the time.

“It was strictly a symbolic event, to show that we could do it,” said Donald Campbell, Cornell University professor of astronomy, who was a research associate at the Arecibo Observatory at the time. Nevertheless some of those present were moved to tears.