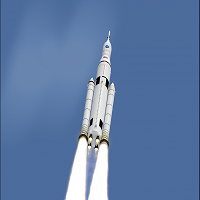 NASA launched the InSight spacecraft on a 300-million-mile journey to Mars Saturday to give scientists an unprecedented peek below the surface of the mysterious, barren planet.

The rocket carrying the lander soared into space from Vandenberg Air Force Base in central California. It will take the spacecraft more than six months to reach Mars.

If all goes well, the three-legged InSight will descend by parachute and engine firings onto a flat equatorial region of Mars —believed to be free of big, potentially dangerous rocks – on Nov. 26. Once down, it will stay put, using a mechanical arm to place the science instruments on the surface.

“This mission will probe the interior of another terrestrial planet, giving us an idea of the size of the core, the mantle, the crust and our ability then to compare that with the Earth,” said NASA’s chief scientist Jim Green. “This is of fundamental importance to understand the origin of our solar system and how it became the way it is today.”

The probe will bore some 16 feet into the surface of the Red Planet to take its temperature and attempt to measure “marsquakes” using a high-tech seismometer.

It was the first interplanetary mission ever to launch from the West Coast, drawing pre-dawn crowds to the base and rocket-watchers down the California coast into Baja.

NASA originally attempted to launch the probe in March 2016, but the mission was scrubbed due to an instrument failure. Scientists then packed up the lander and stored it at the Colorado headquarters of the main builder, Lockheed Martin, until the planets again properly aligned to allow for the mission.

The United Launch Alliance (ULA) Atlas-V rocket with the NASA InSight spacecraft onboard is seen on May 5, 2018, shortly after the mobile service tower was rolled back late 04 May 2018, at Vandenberg Air Force Base in California, USA. (Photo: Bill Ingalls, NASA via EFE)
Scientists caution that even if the probe reaches Mars, there’s no guarantee of success. Mars missions have just a 40% success rate, NASA said. Federal taxpayers have provided about $813 million for the lander, with another $180 million from Germany and France.

NASA’s Jet Propulsion Laboratory is also funding an additional $18.5 million to test out two shoebox-sized “cubesats” that can act like cellphone towers, relaying information from the lander back to Earth.

Those cubesats use inexpensive off-the-shelf technology and will help monitor the lander’s descent. If all goes well, this will be the first time cubesats have been used anywhere but in Earth orbit and could lay the groundwork for their use in other space exploration as humans expand their search of the stars.

NASA normally launches from Cape Canaveral, but decided to switch to California for InSight to take advantage of a shorter flight backlog.