Mapping the Pathways of pain, how imaging can help 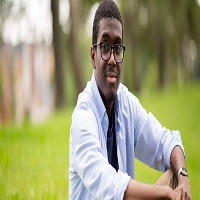 Jermaine O’Connor has struggled with pain for as long as he can remember.

The Toronto-based digital marketer often has trouble moving his arms and legs – he suffers from excruciating joint pain caused by sickle cell anemia – and has been to more hospital emergency rooms than he’d like to admit. When he was younger, he struggled to keep up with his friends during gym and recess, and he often had trouble concentrating in class, and later, at work.

A few years ago, Jermaine, who is 26 – an age most people don’t associate with chronic pain – started his first office job. Within the first few weeks, he developed hip pain that lasted for several months. He would just grin and bear it, in part because he thought no one would understand.

“I wanted to avoid all the explanations of what I have and what I’m going through,” he says.

One reason why Jermaine may feel people haven’t taken his disease seriously enough is most of us think we know what it’s like to experience pain. We also think chronic pain is something only older people deal with.

Unlike in most of us, though, Jermaine’s pain doesn’t completely go away, and, to make matters more confusing, researchers still aren’t sure why chronic pain persists.

It’s vital Jermaine pays attention to how he feels because new pains in new areas could be a sign of a complication – or it could just be that he slept wrong. He makes note of his new pains so he can ask his specialists about them. “I’ll say, ‘Is this something I should pay attention to?'”

As with a lot of people who deal with chronic pain, it can feel like a constant battle. Fortunately, research is being done to create a better understanding of how pain works and where it comes from.

Soon, doctors will be able to map neural signals in the brain – we’ll be able to see the path pain takes in our bodies – helping to answer the many pain-related questions still outstanding.

To map those signals, researchers such as Dr. Karen Davis, head, Division of Brain, Imaging and Behaviour-Systems Neuroscience at the Krembil Brain Institute, are using functional magnetic resonance imaging (fMRI) and magnetoencephalography (MEG).

Dr. Davis has spent much of her scientific career working with these imaging technologies to make the pain people like Jermaine feel – pain that’s internal and invisible to others – visible in brain images.

Read more about the pain mapping work being done by Dr. Davis and her team​