Researchers use zinc to target insulin-producing cells with regenerative drug 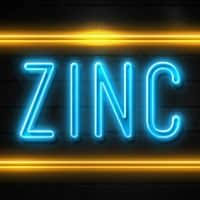 To treat diabetes directly, rather than manage its symptoms, doctors need a way to get drugs to cells that produce insulin. The key, Stanford researchers report, may be those cells’ affinity for zinc.

An insulin injection can manage diabetes symptoms, but actually curing the disease would mean healing cells in the pancreas that produce insulin, a hormone that regulates the amount of sugar in blood.

One promising approach may be to stimulate the regeneration of those cells with drugs. But there’s a major obstacle: The growth triggered by the drug is willy-nilly, affecting tissues not just in the pancreas but throughout the body.

Now, a team of Stanford University endocrinologists and chemists has taken a step toward targeting the right cells more precisely, using a property that researchers have long known about but never exploited for treatment: Beta cells, the insulin-producing cells in the pancreas, have a particularly strong taste for zinc.

The method hasn’t been optimized yet, and it isn’t anywhere near ready for clinical use. “We’re at the earliest stages,” Annes said. But in a field where the main options are insulin injections and insulin pumps, which continuously deliver the hormone through a catheter, it could pave the way to more appealing alternatives.

Diabetes is a disease in which the body can’t produce enough insulin to maintain normal blood sugar levels. For years, Annes’ goal has been to develop a medication that would promote the regeneration of insulin-producing beta cells. Although some researchers deemed that impossible, Annes and his colleagues recently succeeded in creating specific molecules that make beta cells divide and produce more beta cells.

That advance might have given new hope to diabetes patients, but there was a catch: The way to get beta cells to start dividing and replicating is the same way to get lots of other cells to divide and replicate. In other words, researchers might be able boost the number of beta cells in the pancreas, but in the process they’d get lots of other cell types to replicate as well. The result would be uncontrolled, untargeted replication that would affect lots of other organs beside the pancreas, most likely for the worse.

Then Annes had a thought: Researchers have known since the 1940s that beta cells collect about 1,000 times more zinc than surrounding tissue cells. Researchers have mostly used that fact as a way to stain and visually identify beta cells in pancreatic tissue samples. But Annes reasoned that if he could somehow get a regenerative drug to seek out zinc, he could get it to beta cells.

Call in the chemists

“The only problem was, I didn’t know how to generate compounds that could test this hypothesis,” Annes said. So he turned to Horton, a graduate student in chemistry, and Mark Smith, a senior research scientist at Stanford ChEM-H and director of its Medicinal Chemistry Knowledge Center.

Together, they devised a strategy based on chelation, a standard technique in chemistry that’s perhaps best known in medicine as a treatment for lead and mercury poisoning. In such cases, doctors administer a drug that forms tight bonds with the metals, which can then be flushed out of the body.

That’s not to say that a treatment is around the corner, the researchers caution. “This is the first demonstration of a selectively delivered replication molecule in beta cells,” Annes said, and “it’s not sufficient for therapeutic applications.” But the team believes the approach could one day lead to treatments if they can improve its beta-cell selectivity.