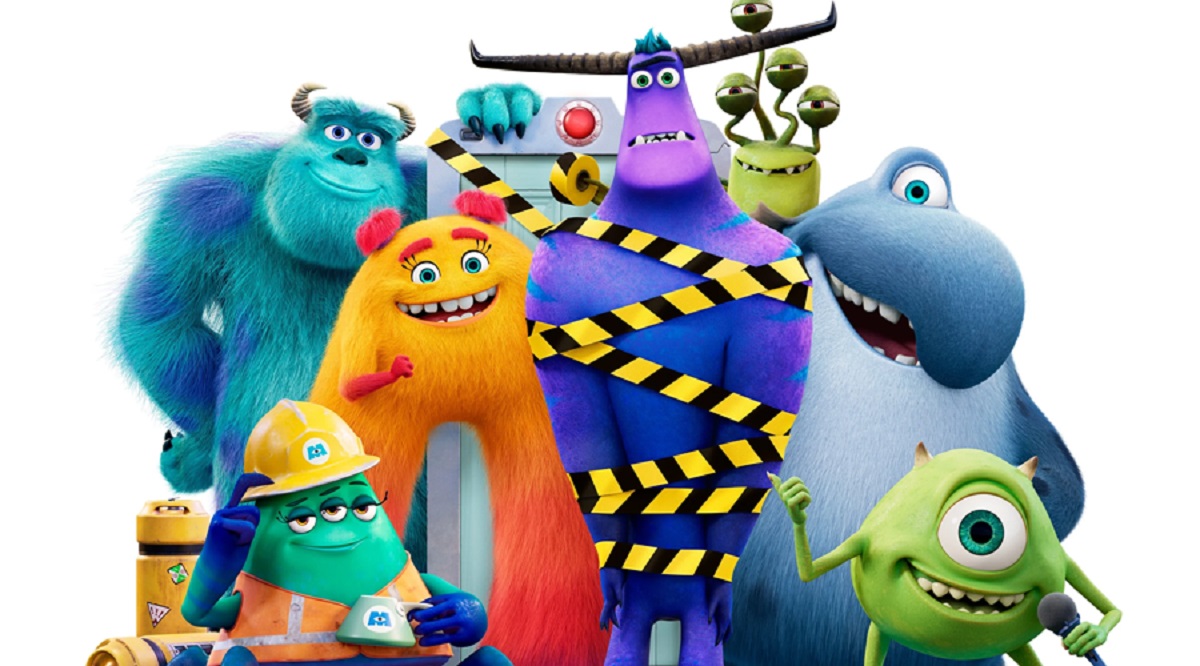 There have been various Pixar films that have either received a follow-up or have had fans clamoring for one. 2001’s Monsters, Inc. is the rare distinction in Pixar’s catalog, as it fits into both of these categories. Although it did receive a prequel with Monsters University, it took twenty years and a streaming platform to finally explore what happened afterward in Monstropolis. Lo and behold, Monsters at Work was born. Will Pixar’s first true series scare viewers away or does it stick the landing? Let’s find out!

“Monsters at Work” basically does for “Monsters, Inc.” what Marvel’s Disney+ series have done for its movies, creating a space to expand on situations and characters outside the confines of a major film. While not quite as grand in its ambitions, the Pixar show — two decades after the first movie — cleverly picks up during that transitional moment when laughs, not scares, take over in keeping the lights on.

The 2013 prequel “Monsters University” actually went back to the beginnings of Sully and Mike’s friendship when they were in college, leaving the messy aftermath of the first movie as a wide-open lane.

There’s a lot of potential in Disney+’s new animated series Monsters at Work. A spin-off from the hit Pixar film Monsters, Inc, released in 2001 (I know, I know, 20 years ago. I find it best not to dwell), it picks up exactly where the original story left off. The Monstropolis scream factory has discovered that children’s laughter is a much more potent source of power than their screams of fear and is hurrying to turn itself over to the production of the former rather than the latter. Sully (John Goodman) and Mike (Billy Crystal) are now in charge. Roz (Bob Peterson) is out, but replaced by her remarkably similar sister Roze (also voiced by Peterson). Scarers are trying to learn to become jokers, and rare is the monster for whom one comes as naturally as the other. Silent film to talkies, analogue to digital, wartime to peacetime, labourers to robots – the metaphors veritably fling themselves at you.

‘Monsters at Work’: All the Links Between the Disney+ Show and ‘Monsters, Inc.’

Monsters at Work is streaming now, with the first two episodes airing on Disney+ and the remaining episodes coming weekly on Wednesdays. The series is set in the same world as Pixar‘s Monsters, Inc., which also previously had a prequel movie in Monsters University.

Though Monsters at Work is set in the same universe as those movies and features plenty of references to both, it does make some changes, including introducing some brand new characters alongside ones Pixar fans know and love.

‘Monsters at Work’ on Disney+: How to watch, stream, release date, episodes

Sully and Mike Wazowski are back at it.

The two lovable monsters will once again make an appearance on screen in the brand-new Disney+ series “Monsters at Work,” which will be available to stream on the platform as of Wednesday, July 7.

As seen by the (delightful) trailer, “Monsters at Work” essentially picks up where the original “Monsters, Inc.” film left off with the company rebranding itself as one that powers the monster city of Monstropolis via the laughter of children as opposed to their terrified screams.

How to watch Monsters at Work online: release time, episode schedule and more

It’s finally time to watch Monsters at Work online. Mike and Sulley’s world of Monstropolis has gone from the big screen to the small screen, as this new Disney Plus series shows what it’s like to be a new employee at Monsters, Incorporated. But Monsters at Work shows that the world’s changing and scaring is so 2020.

The series will track the early career of young monster Tylor Tuskmon (voiced by Ben Feldman of Superstore), who thrived at Monsters University as a scarer. Unfortunately for Tylor, he’s got to become a Jokester, and that won’t be easy. Before he can re-route his path, he’ll have to spend time with the misfit monsters in the mechanics team.