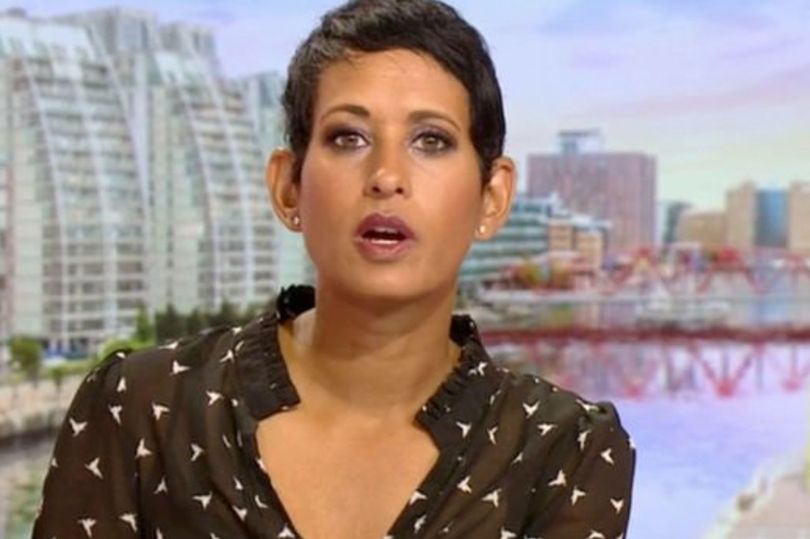 A BBC Breakfast host has been seen ‘shaking’ in a hospital bed as she is labelled a ‘life-saver’.

Naga Munchetty has been showered with praise after she filmed herself donating blood whilst shaking in fear, the Mirror reports.

In a video, posted to Instagram, the BBC host urges her 51.5k followers to do the same, saying it is a “good thing”.

The BBC Breakfast host, 46, shared a video from a hospital bed, revealing she had to “clench her bum” in order to get through the process.

She told her followers: “Just done this @givebloodnhs with one of favourite blood takers @willflanders and a record time for me of 5 mins 21 secs for approx 0.5l Woo hoo.

“I am now with Ross who is now used to my skinny veins and makes it absolutely painless.

“I will be up and about after this with my day. So just know, if you want to give blood, you are doing a great thing.”

Naga was presenting the show alongside Jon Kay, with usual presenter Charlie Stayt still missing from the show amid an unexplained absence.

But it was business expert Ben Boulos who Naga couldn’t help but congratulate as he shared some huge job news with the public.

Ben, who presents BBC News and BBC World News, is stepping in as Breakfast’s resident business correspondent in place of Ben Thompson, who announced he was stepping down from the role back in December.

Taking to Twitter, Ben teased the news with a cheeky snap of the Salford-based studios, captioning the snap: “The bright lights beckon…”

Naga Munchetty, 46, has been called a “superstar” by social media users for her latest Instagram post. The BBC Breakfast presenter posted a video of herself giving blood, while shaking in fear.