Microsoft announces Windows 365, a subscription service for Windows 11 in the cloud 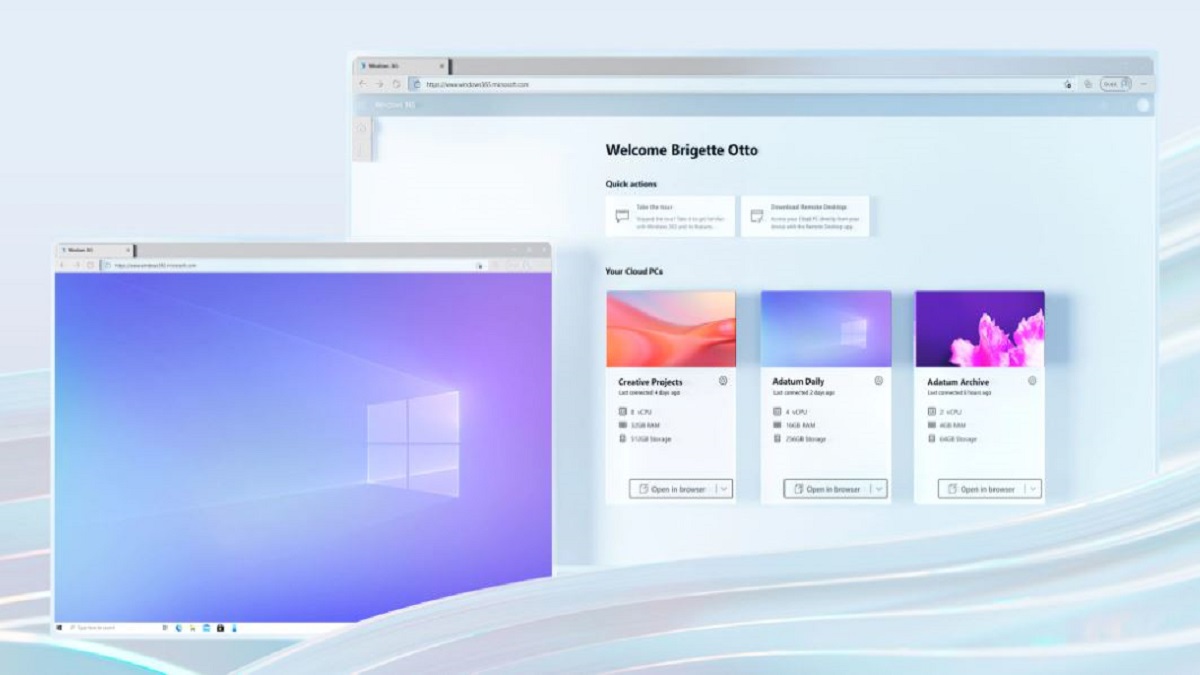 Windows 365 combines the power and security of the cloud with the versatility and simplicity of the PC. From contractors and interns to software developers and industrial designers, Windows 365 enables a variety of new scenarios for the new world of work.

As we’ve seen over the past year, digital adoption curves are accelerating across every industry and business function. In this context, Satya will talk about what differentiates the Microsoft Cloud and the investments and innovation we are making across every layer to unlock new opportunity for partners to help our mutual customers transform in this new era.

At its Inspire partner conference, Microsoft is announcing Windows 365. Indeed, it’s exactly what it sounds like; it’s a paid subscription service for Windows. But let’s get one thing out of the way. It’s not for consumers. This is a business product that’s going to let you stream Windows 10 or Windows 11. It’s like what Microsoft did with Xbox Cloud Gaming, but for productivity.

Of course, the first question is about why anyone would need anything like this. After all, your PC already runs Windows, right? The answer is that it allows you to run the same installation of Windows, but from any device. It’s almost like a remote desktop, but if the desktop was on the Microsoft Cloud. In fact, the company said that Windows 365 is built on top of Azure Virtual Desktop.

The whole point of it is that it’s just Windows, and it acts like you’d expect Windows 10 or Windows 11 (when it’s available) to act. You can use all of the apps that you’re used to, and you can use them in the way that you’re used to. Customers can also choose the size of their Windows 365 installation, as pricing will be on a per-user-per-month basis.