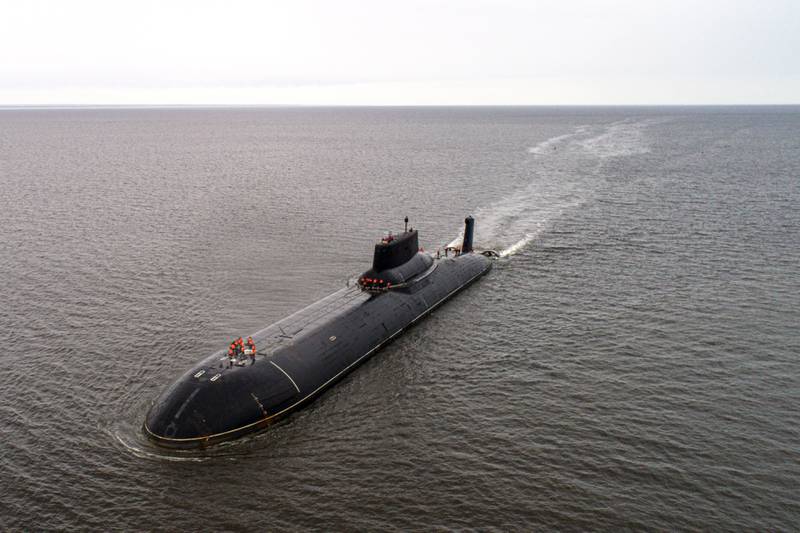 A Royal Navy warship and a Russian submarine collided in the North Atlantic, Britain’s Ministry of Defence has confirmed.

HMS Northumberland had been sent to the icy waters 200 miles north of Scotland to track a Russian hunter-killer submarine amid fears it could tamper with undersea cables vital for the internet and communication.

In what is believed to be the first direct hit between the two nations’ navies since the Cold War, the submarine hit the array sonar which the vessel was trailing behind its hull.

The sonar — a cable featuring hydrophones — is used by the navy to pick up sounds from nearby submarines.

Shocking moment Russian stealth sub crashes into Navy warship as crew member shouts ‘what the f**k have I just hit?’

The dramatic collision – which is believed to have been an accident – was caught on film by a Channel 5 TV crew whilst shooting for the show Warship: Life At Sea, which airs on Mondays at 9pm.

It is thought to be the first collision between Russian and Royal Navy vessels since the Cold War.

The unbelievable clip shows crew members closing in on the submarine in late 2020 before disaster strikes.

Panicked personnel spring into action while one can be heard shouting: “What the f*** have I just hit?”

The impact caused considerable damage to HMS Northumberland’s sonar device after it was dragged across the submarine’s hull.

It forced the British squad to abort their mission and return to base for repairs.

The Ministry of Defence has confirmed that a Russian submarine collided with a Royal Navy warship’s sonar on patrol in the North Atlantic in late 2020.

The incident was captured whilst filming an episode of the documentary series Warship: Life at Sea, which is currently in its third season on Channel 5.

A Russian submarine collided with a Royal Navy warship’s sonar on patrol in the North Atlantic, the Ministry of Defence has confirmed, BBC reports.

HMS Northumberland was searching for the submarine in the Arctic Circle after it disappeared from the ship’s radar, according to Channel 5, which was filming for its

A Royal Navy warship was hit by a Russian submarine while on patrol in the North Atlantic Ocean.

HMS Northumberland had been searching for the submarine after it disappeared from the ship’s view in the Arctic Circle shortly before the incident took place.

The submarine hit the warship’s sonar – a piece of equipment being towed hundreds of metres behind it, which was fitted with sensitive hydrophones for listening under water.

The incident, which happened in late 2020, was captured by a documentary crew from Channel 5 who were filming a television series called Warship: Life At Sea.