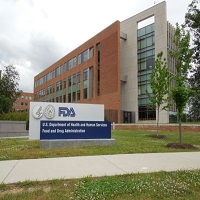 Nov. 13, 2018 — Yet another blood pressure drug has been recalled because of fears of impurities added by a lab in China.

Drug company Sandoz says it has recalled one lot of losartan potassium hydrochlorothiazide tablets. The impurity, known as NDEA, was found in the drug’s key ingredient made by Zhejiang Huahai Pharmaceutical Co. in China.

NDEA is found naturally in certain foods, drinking water, air pollution, and industrial processes, and it may cause cancer, according to the International Agency for Research on Cancer.

The recalled drug can be identified as Losartan PotassiumHydrochlorothiazide, 100-milligram and 25-milligram tablets in 1,000-count plastic bottles; NDC (National Drug Code) 0781-5207-10; Lot number JB8912; with an expiration date of 06/2020. This product was distributed nationwide to distributors after Oct. 8.

This latest recall follows several others announced since July, when the FDA announced the recall of five separate valsartan blood pressure drugs over possible NDEA and NDMA contamination. Many more were announced in August as the recall spread to Canada and the European Union. And earlier this month, a blood pressure drug known as irbesartan was recalled.

People with questions may contact Sandoz Inc. at 800-525-8747, Monday through Friday from 8:30 a.m. to 5 p.m. ET, or email usdrugsafety.operations@novartis.com. Contact your doctor or pharmacist to discuss alternative treatments. Patients who are on losartan should continue taking their medication, as they may be more likely to be harmed if the treatment is stopped without an alternative.

The U.S. Food and Drug Administration announced a third blood pressure medication recall over concerns the contaminated drug might cause cancer.

Sandoz Inc. is voluntarily recalling losartan potassium hydrochlorothiazide tablets because the pills could contain an impurity N-nitrosodiethylamine (NDEA). The substance is a probable human carcinogen, according to the International Agency for Research on Cancer.

Losartan affected by the recall are 100 milligram/25 milligram tablets with the lot number JB8912. The contaminated medication was not distributed before Oct. 8.

Patients who are currently taking this medication are advised to speak with their doctor before stopping use, because the risk of going off of the medication might be greater than the possible cancer risk, according to the Nov. 8 recall notice. Patients with questions about the recall can contact Sandoz Inc. at 800-525-8747 or email usdrugsafety.operations@novartis.com.

Recently, the FDA issued a recall for blood pressure medication irbesartan, also because of a NDEA contamination concern. Over the summer, blood pressure drug valsartan was similarly recalled.

The US Food and Drug Administration says another heart medicine is being voluntarily recalled after tests showed that it was tainted with a potential cancer-causing chemical.

The new recall of losartan potassium hydrochlorothiazide is sold by the company Sandoz. The voluntary recall only involves the 100 milligram/25 milligram tablets, it does not involve the other versions of the drug, sometimes sold under the brand names Hyzaar. If you take Sandoz’s losartan potassium, look on the bottle for the lot number. If it has the lot number JB8912, then you have the recalled pills. Patients use these drugs to keep their high blood pressure in check.

The drug is being recalled because the active ingredient has tested positive for N-Nitrosodiethylamine or NDEA, a suspected human and animal carcinogen that is used in gasoline as a stabilizer for industry materials and as a lubricant additive, according to the National Institutes of Health.

The ingredient was made by Zhejiang Huahai Pharmaceutical Company Co. Ltd. The FDA placed the Chinese company on an import alert at the end of September, meaning all of its active pharmaceutical products and finished products will not be permitted to enter the United States. The FDA made that decision after an inspection of the facility.

Several pills that contain valsartan, another drug used by heart patients, have been under a recall since July. The drugs were tainted with NDEA or NDMA, N-nitrosodimethylamine, an impurity that is also considered a possible carcinogen by the US Environmental Protection Agency.

NDMA is an organic chemical used to make liquid rocket fuel and is a byproduct of manufacturing some pesticides and processing fish. It can be unintentionally introduced into manufacturing through certain chemical reactions.

The FDA is testing all heart drugs known as ARBs for these impurities.

The latest recall impacts less than 1% of the total losartan drug products in the US market, according to the FDA.

If your drug is on the recall list, the FDA suggests taking it until your doctor or pharmacist provides a replacement. Because not all valsartan and irbesartan drugs are involved in the recall, you might be able to switch to a version by another company.

It’s unclear exactly what the cancer risk is if you take the contaminated valsartan pills; the FDA believed that the risk was low with the valsartan recall.

It estimated that if 8,000 people took the highest dose of valsartan (320 milligrams) containing NDMA from these recalled batches daily for four years, there may be one additional case of cancer over the lifetimes of 8,000 people. Many patients take a much lower dose of valsartan, and therefore their risks are theoretically much lower.

The FDA said it will continue to test all products containing valsartan and similar drugs for the presence of impurities.

Yet another blood pressure medication recalled over cancer risk

The U.S. Food and Drug Administration announced a recall of yet another blood pressure medication over cancer concerns. It’s the third such recall in recent months.

“This impurity, which is a substance that occurs naturally in certain foods, drinking water, air pollution, and industrial processes, has been classified as a probable human carcinogen as per International Agency for Research on Cancer (IARC),” agency officials wrote in the Nov. 8 news release.

The recall involves 100 milligram/25 milligram Losartan tablets with the lot number JB8912 and expiration date of June 2020. The affected product was not distributed prior to Oct. 8, 2018, according to the FDA.

The agency recently recalled two other blood pressure drugs for the impurity, irbesartan and valsartan. Those who take these hypertension medications should consult with a doctor or pharmacist before discontinuing use of the drug.

The American Heart Association in January announced new guidelines that lowered the threshold for high blood pressure, adding 30 million U.S. adults to the bucket of those with a condition that now affects nearly half of the American adult population.