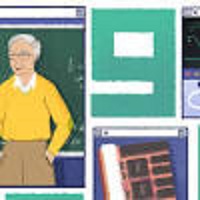 Today Google Doodle celebrates what might have been the 82nd birthday generally Greek educator Michael Dertouzos.

Dertouzos was a PC researcher who predicted how the web would come to completely change people.

He was conceived in Athens, Greece, in 1936 to a professional piano player and a chief naval officer in the Greek naval force.

After he moved on from Athens College, he went to the University of Arkansas on a Fulbright Scholarship and earned a Ph.D. from Massachusetts Institute of Technology.

He joined the personnel in 1968 and worked there until his demise in 2001.

“We committed a major error 300 years back when we isolated innovation and humanism. … It’s a great opportunity to assemble the two back,” he said in 1997.

Another of his famous statements peruses: “The capability of the cutting edge data age appeared dominated every step of the way by the antiquated powers that different the rich from poor people.”

A professor in the department of Electrical Engineering and Computer Science at the Massachusetts Institute of Technology and Director of the M.I.T. Laboratory for Computer Science from 1974 to 2001, Dertouzos foresaw how the Internet would impact the everyday lives of people.

In a blog entry, Google says, “Under his direction, the MIT Laboratory for Computer Science developed into a flourishing exploration focus utilizing many individuals working together on advancements like conveyed frameworks, time-sharing PCs, the ArpaNet, and RSA encryption, a calculation used to guarantee secure information transmission. Dertouzos attempted to make LCS the North American home of the World Wide Web Consortium (W3C), a union of organizations advancing the Web’s development and interconnectivity.

He insisted on the importance of bringing “technology into our lives, and not vice versa” and spurred LCS to head up the 1999 Oxygen project in partnership with MIT’s Artificial Intelligence Lab.

He wanted to make computers as natural a part of the environment ‘as the air we breathe’ with this project.

Dertouzos also put his knowledge and beliefs about his concept ‘The Information Marketplace’ into writing with his 1997 book ‘What Will Be: How the New World of Information Will Change Our Lives’.